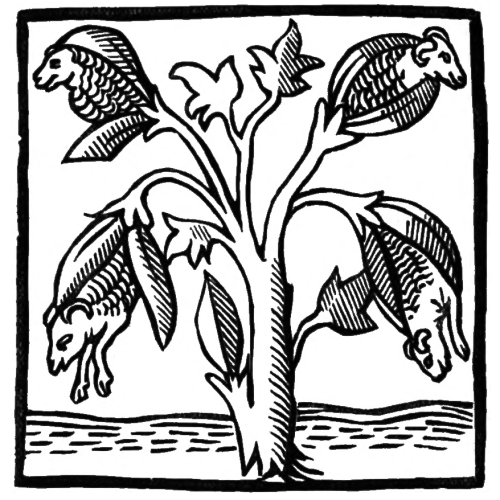 In passing through the land of China toward upper India and toward Bactria, men pass through a kingdom called Chaldia, that is a full fair country. And there grows a kind of fruit that looks like a gourd. And when they are ripe, men cut them in two, and men find within a little beast, in flesh, in bone, and blood, that looks like a little lamb without wool. And men eat both the fruit and the beast. And that is a great marvel. Of that fruit I have eaten, although it was dreadful, but that I know well that God is marvelous in his works.