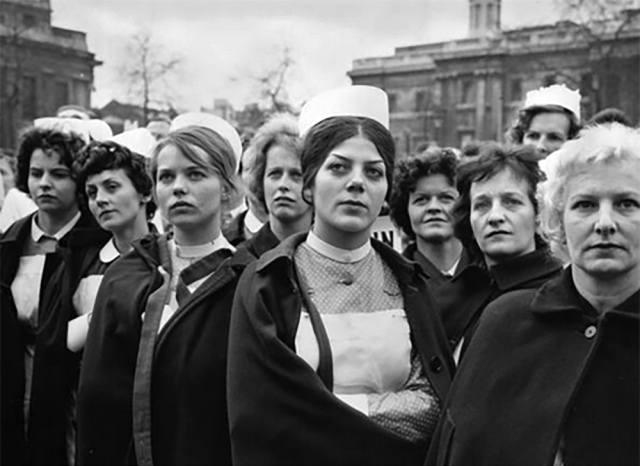 In 1958, at the worst stage of the recession, the Conservative government took a firm stand against pay increases and, having won the busmen’s strike in 1961, introduced a “pay pause.” The dockers threatened strike action and were awarded 9 per cent: the nurses, who did not, were held to 2½ per cent. Many nurses were earning less than office cleaners, and in 1962 professional nurses for the first time canvassed public support. Led by a group from Manchester and subsequently backed by the Royal College of Nursing, they held lobbies of the House of Commons and a mass meeting at the Royal Albert Hall involving speakers from the three main political parties. The campaign attracted considerable attention; the government lost four by-elections mainly on the issue of pay, and the new MP for Orpington, Mr Lubbock (later Lord Avebury), made his maiden speech on the subject of nurses’ pay. The pay pause faded and nurses were given a special award of 9 per cent.