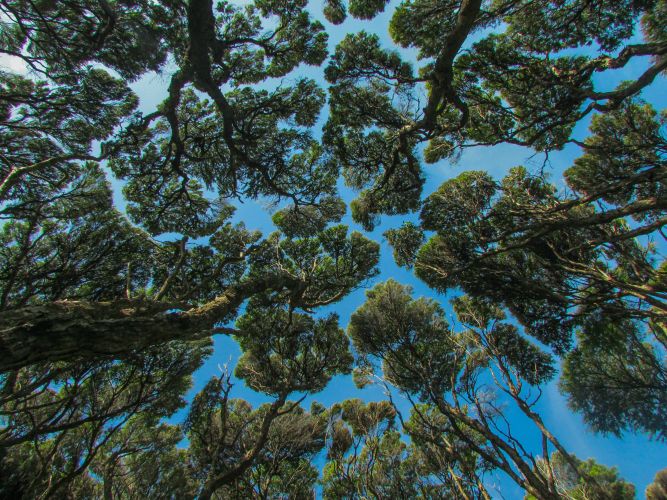 Look at a single tall tree standing proud in the middle of an open area. Why is it so tall? Not to be closer to the sun! That long trunk could be shortened until the crown of the tree was splayed out over the ground, with no loss in photons and huge savings in cost. So why go to all that expense of pushing the crown of the tree up towards the sky? The answer eludes us until we realize that the natural habitat of such a tree is a forest. Trees are tall to overtop rival trees — of the same and other species….

And now, here’s an odd thought. If only all the trees in the forest could come to some agreement — like a trades union restrictive practice — to grow no higher than, say, 10 feet, every one would benefit. The entire community — the entire ecosystem — could gain from the savings in wood, and energy, which are consumed in building up those towering and costly trunks….Imagine the fate of a hypothetical forest — let’s call it the Forest of Friendship — in which, by some mysterious concordat, all the trees have somehow managed to achieve the desirable aim of lowering the entire canopy to 10 feet. The canopy looks just like any other forest canopy except that it is only 10 feet high instead of 100 feet. From the point of view of a planned economy, the Forest of Friendship is more efficient as a forest than the tall forests with which we are familiar, because resources are not put into producing massive trunks that have no purpose apart from competing with other trees.

—Richard Dawkins: The Greatest Show on Earth: The Evidence for Evolution (2009)