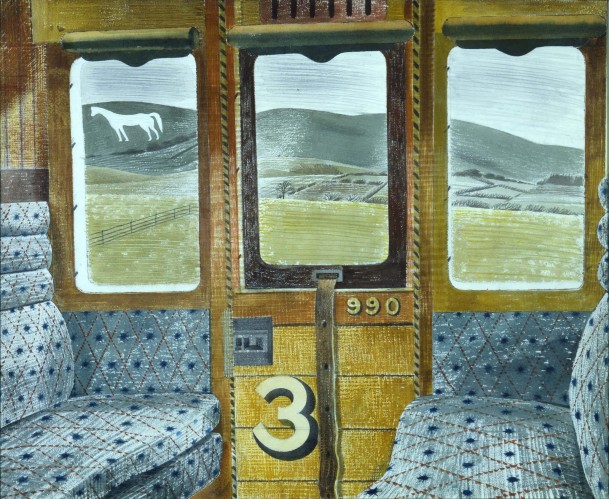 The background of this painting features the Westbury White Horse, a figure on the slope of Salisbury Plain in England. As the earliest documentation dates from 1742, the horse was likely created in the first part of the eighteenth century, possibly in honor of the then new British Royal Family, the House of Hanover.

At one time, many believed the horse was created in 878, in honor of King Alfred’s victory at the Battle of Ethandun; this theory was debunked by Downside Abbey monk Dom Illtyd Trethowan in Alfred and the Great White Horse of Wiltshire, published in 1939.