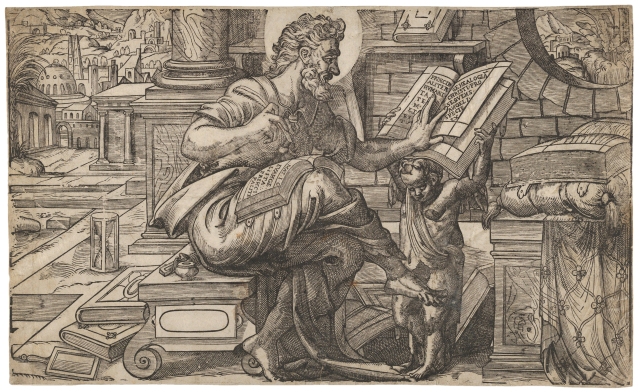 All I can say is that you can feel from experience that so many interpretations dissipate the truth and break it up. Aristotle wrote to be understood: if he could not manage it, still less will a less able man (or a third party) manage to do better than Aristotle, who was treating his own concepts. By steeping our material we macerate it and stretch it. Out of one subject we make a thousand and sink into Epicurus’ infinitude of atoms by proliferation and subdivision. Never did two men ever judge identically about anything, and it is impossible to find two opinions which are exactly alike, not only in different men but in the same men at different times. I normally find matter for doubt in what the gloss has not condescended to touch upon. Like certain horses I know which miss their footing on a level path, I stumble more easily on the flat.

Can anyone deny that glosses increase doubts and ignorance, when there can be found no book which men toil over in either divinity or the humanities whose difficulties have been exhausted by exegesis? The hundredth commentator dispatches it to his successor prickling with more difficulties than the first commentator of all had ever found in it. Do we ever agree among ourselves that “this book already has enough glosses: from now on there is no more to be said on it?” That can be best seen from legal quibbling. We give force of law to an infinite number of legal authorities, an infinite number of decisions and just as many interpretations. Yet do we ever find an end to our need to interpret? Can we see any progress or advance towards serenity? Do we need fewer lawyers and judges than when that lump of legality was in its babyhood?

On the contrary we obscure and bury the meaning: we can no longer discern it except by courtesy of those many closures and palisades. Men fail to recognize the natural sickness of their mind which does nothing but range and ferret about, ceaselessly twisting and contriving and, like our silkworms, becoming entangled in its own works: “Mus in pice.” [A mouse stuck in pitch.] It thinks it can make out in the distance some appearance of light, of conceptual truth: but, while it is charging towards it, so many difficulties, so many obstacles and fresh diversions strew its path that they make it dizzy and it loses its way. The mind is not all that different from those dogs in Aesop which, descrying what appeared to be a corpse floating on the sea yet being unable to get at it, set about lapping up the water so as to dry out a path to it, and suffocated themselves. And that coincides with what was said about the writings of Heraclitus by Crates: they required a reader to be a good swimmer, so that the weight of his doctrine should not pull him under nor its depth drown him.

It is only our individual weakness which makes us satisfied with what has been discovered by others or by ourselves in this hunt for knowledge: an abler man will not be satisfied with it. There is always room for a successor—yes, even for ourselves—and a different way to proceed. There is no end to our inquiries: our end is in the next world.

When the mind is satisfied, that is a sign of diminished faculties or weariness. No powerful mind stops within itself: it is always stretching out and exceeding its capacities. it makes sorties which go beyond what it can achieve: it is only half-alive if it is not advancing, pressing forward, getting driven into a corner and coming to blows; its inquiries are shapeless and without limits; its nourishment consists in amazement, the hunt and uncertainty, as Apollo made clear enough to us by his speaking (as always) ambiguously, obscurely and obliquely, not glutting us but keeping us wondering and occupied. It is an irregular activity, never-ending and without pattern or target. Its discoveries excite each other, follow after each other and between them produce more.

[Thus do we see in a flowing stream water rolling endlessly on water, ripple upon ripple, as in its unchanging bed water flees and water pursues, the first water driven by what follows and drawn on by what went before, water eternally driving into water—even the same stream with its waters ever-changing.]

The text is from the edition of Montaigne’s essays that he was preparing when he died in 1592; the lines quoted are from a poem written by Étienne de La Boétie to his wife, Marguerite de Carle.