Posted on December 6, 2017 by corvusfugit 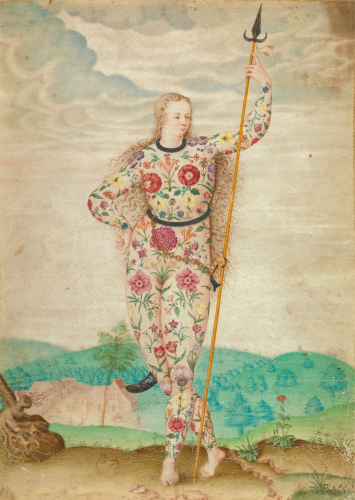 An engraving based on this miniature appeared in the section on Picts and ancient Britons in Thomas Hariot’s Briefe and True Report of the New Found Land of Virginia (1590) and was originally attributed to the artist John White. The illustrations of the Picts—who lived in eastern and northern Scotland during the Late Iron Age and Early Medieval periods—were intended to show that early inhabitants of the British Isles had much in common with the native people of the Americas. (source)