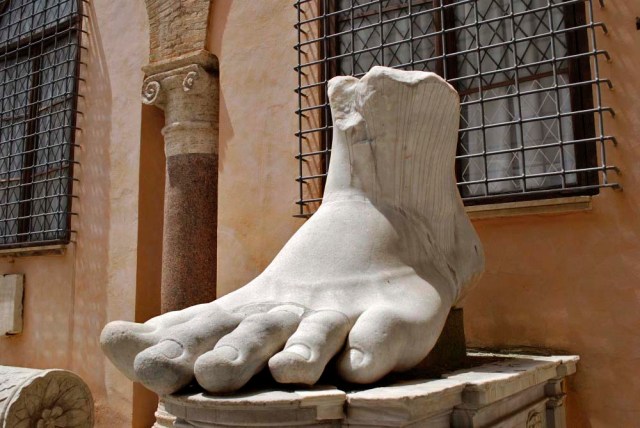 Foot of the colossal statue of Roman emperor Constantine the Great in the Courtyard of the Palazzo dei Conservatori of the Musei Capitolini. The statue, of which several fragments survive, would have been 40 feet tall. “Precise dating of the statue itself is problematical,” reports Wikipedia; “it has been suggested that a date of 312–315 for the initial creation of the statue is likely from political considerations, whilst a substantial reworking of the features some time after 325 is indicated on art-historical grounds.” (photo source)