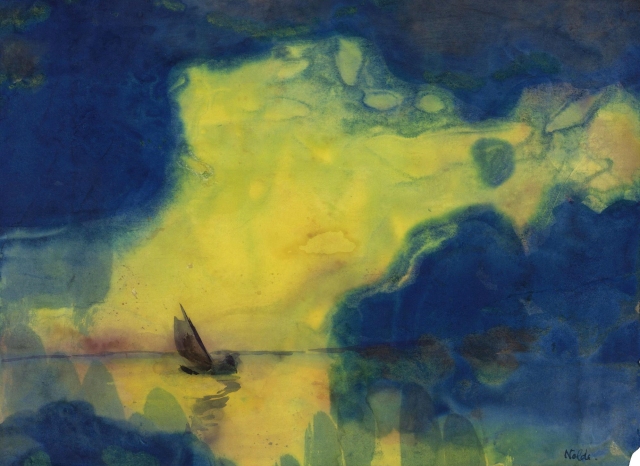 An anti-Semite who believed in the cultural superiority of “Germanic” art and supported the Nazi Party beginning in the 1920’s, Emil Nolde was surprised when his own paintings were targeted in the 1930’s for failing to meet the standards of Nazi aesthetics. His painting of the life of Christ was specifically targeted at the infamous exhibit of “Degenerate Art” in 1937—which derided Modern Art as “un-German,” Jewish, and communist—and more than a thousand of his paintings were removed from museums, seized, sold, or destroyed. In 1941, he was expelled from the Reichskammer der bildenden Künste and was forbidden to paint professionally. He painted in secret during the remainder of the war.