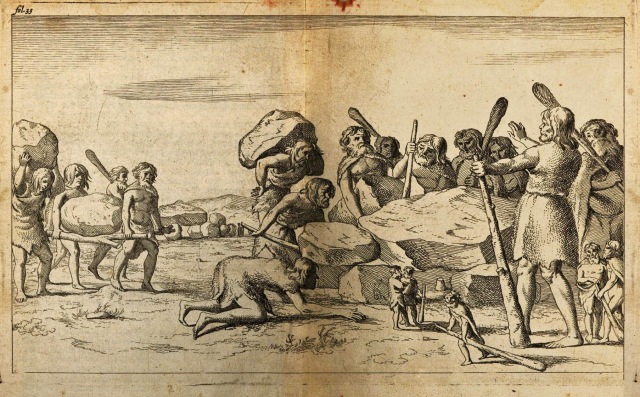 The 17th century Dutch minister Johan Picard spent several years in Drenthe, where he became interested in the ancient stone structures that could still be seen in the area.  His research eventually led to the publication of his book A Short Description of Some Forgotten and Hidden Antiquities. One theory in the book, illustrated above, is that the megalithic Stonehenge-like structures had been built by giants as humans looked on.