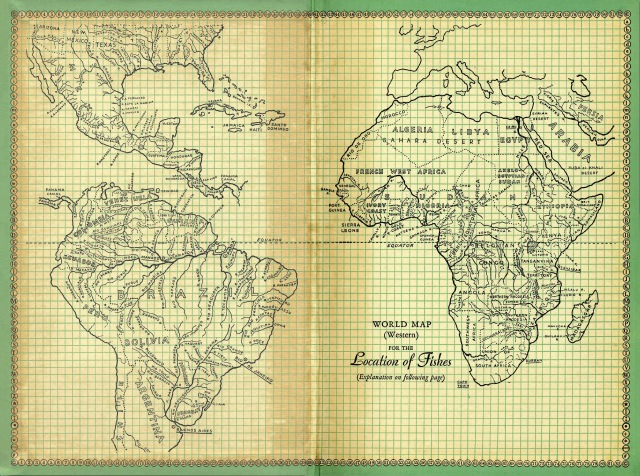 Endpaper maps from William T. Innes’s  Exotic Aquarium Fishes (13th ed., 1951), with a grid the reader can use to find the location of the various fishes listed in the book. 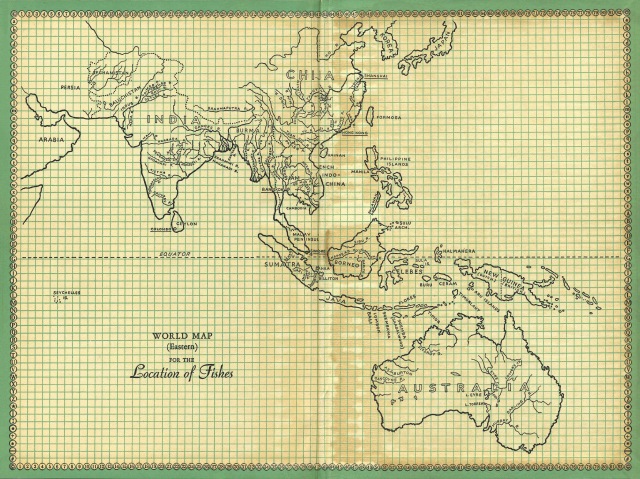 The following entry, for example, lists the location of Cynolebias bellottii as “Western Location Map • 21,” indicating a spot near Buenos Aires: 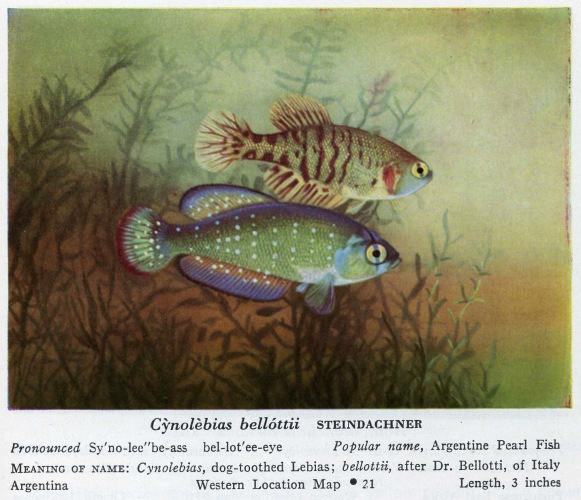 The entry reads as follows:

There is an elusive charm about Cynolebias bellottii, at least in the male fish, not easily described. It is even hard to pin him down to his principal color. So much depends upon his condition and the light he is in. At his best there is a strong touch of indigo about him, shading to olive. Sometimes he is olive to yellow. Our color plate shows him at his best, with his sides and fins ornamented by blue-white pearly dots. The female varies little in color, but she is so different from the male, not only in markings, but in fin formation, that one wonders whether they are really identical species, but they are.

The illustration of the male shows a purplish crescent on the end of the tail fin. This effect is in some way produced in the photograph by dark colors in the background, showing through the transparent fin.

The conditions under which they breed in mudholes in the plains of Argentina are so peculiar that one can hardly hope to breed them in an aquarium. An eye-witness account of their strange cycle of life is given in “The Aquarium” for Sept. 1933. Temperature, about 70.