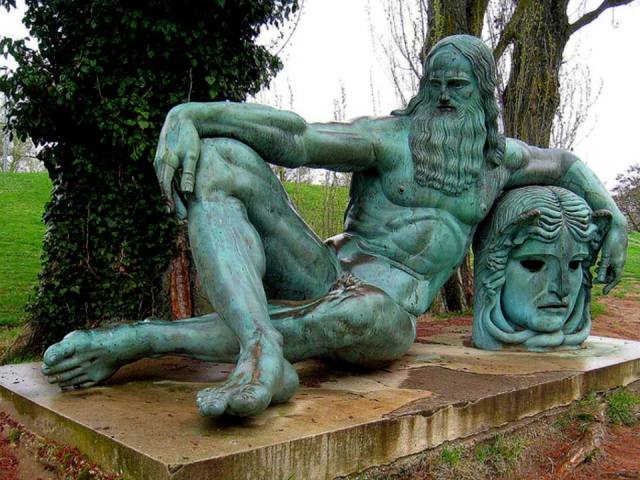 Leonardo da Vinci spent the last years of his life (1513-1519) in central France, in the town of Amboise, where he was supported by King Francis I. Although likely ailing from a stroke, Leonardo continued working, constructing  a mechanical lion that walked and opened its breast to reveal a bouquet of lilies and possibly completing his last paining—his strikingly androgynous portrait of St. John the Baptist. He lived in a manor house of the king’s, Clos Lucé, accompanied by his devoted apprentice and companion Francesco Melzi, to whom he left the bulk of his estate when he died.

This bronze statue of da Vinci in Amboise was made by the Italian sculptor Amleto Cataldi (1882-1930) and rests on a small island near Clos Lucé.