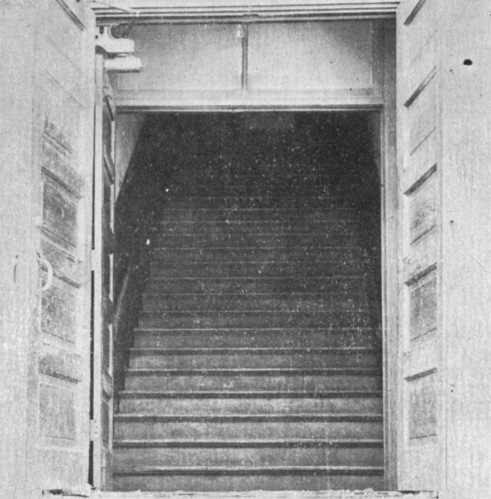 In July, 1913 there were about 15,000 miners working for the Calumet and Hecla Mining Company in several mines in Michigan’s northern peninsula—about 9,000 of them were members of the Western Federation of Miners. When the union demanded recognition, management refused the request and a strike was called; the workers were still on strike at Christmas.

At a Christmas Eve party on the second floor of Calumet’s Italian Hall, about four hundred people were celebrating when someone falsely yelled “fire”; in the ensuing panic to escape, 73 people were killed; 59 were children.

Take a trip with me in 1913,
To Calumet, Michigan, in the copper country.
I will take you to a place called Italian Hall,
Where the miners are having their big Christmas ball.

I will take you in a door and up a high stairs,
Singing and dancing is heard everywhere,
I will let you shake hands with the people you see,
And watch the kids dance around the big Christmas tree.

You ask about work and you ask about pay,
They’ll tell you they make less than a dollar a day,
Working the copper claims, risking their lives,
So it’s fun to spend Christmas with children and wives.

There’s talking and laughing and songs in the air,
And the spirit of Christmas is there everywhere,
Before you know it you’re friends with us all,
And you’re dancing around and around in the hall.

Well a little girl sits down by the Christmas tree lights,
To play the piano so you gotta keep quiet,
To hear all this fun you would not realize,
That the copper boss’ thug men are milling outside.

A few people rushed and it was only a few,
“It’s just the thugs and the scabs fooling you,”
A man grabbed his daughter and carried her down,
But the thugs held the door and he could not get out.

And then others followed, a hundred or more,
But most everybody remained on the floor,
The gun thugs they laughed at their murderous joke,
While the children were smothered on the stairs by the door.

Such a terrible sight I never did see,
We carried our children back up to their tree,
The scabs outside still laughed at their spree,
And the children that died there were seventy-three.

The piano played a slow funeral tune,
And the town was lit up by a cold Christmas moon,
The parents they cried and the miners they moaned,
“See what your greed for money has done.”

Image: Newspaper photo of the doors and stairs of the hall.