Posted on December 2, 2017 by corvusfugit 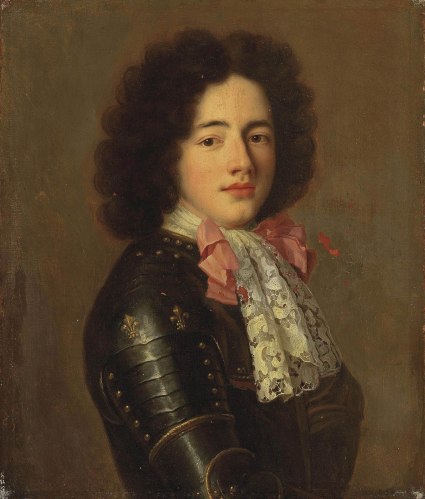 In [Renaissance] France homosexuality was long deemed a caprice reserved to the nobility, the intellectual and artistic elite, and the princes of the Church. To be sure, other classes are known to have been involved, but their activity tended to be severely repressed. The notion of homosexuality as the aristocratic vice took root and thrived into modern times, though even this privileged minority did not enjoy absolute immunity from prosecution. At the court both male and female homosexuality could at times flourish. The “flying squadron” of Catherine de’ Medici was accused of lesbianism by such contemporaries as Brantôme. Henri III was celebrated for his mignons, the favorites drawn from the ranks of the petty nobility—handsome, gorgeously attired and adorned adolescents and magnificent swordsmen ready to sacrifice their lives for their sovereign

Under Louis XIV, who himself was strongly averse to homosexuality, the court nevertheless had its little clique of homosexuals led by the king’s brother “Monsieur” (Philippe of Orleans), who may have inherited the tendency from their father Louis XIII, if indeed he was their biological father. Despite France’s long history of homoeroticism, the king and his associates affected to believe that the practice had been recently introduced from Italy. About 1678 the court homosexuals formed a secret fraternity whose statutes provided for total abstinence from women other than for the purpose of obtaining offspring and whose insignia depicted a man trampling a woman underfoot in the manner of Saint Michael and the devil. In 1681 the young Count de Vermandois, the son of Louis by Louise de La Vallière, applied for admission, but so indiscreetly that the king learned of the order in 1682 and broke it up with great severity. He sent for his prodigal son, had him whipped in his presence, and then exiled him. The other members of the fraternity were in their turn disgraced and driven from the court.