1494: The Poisoning of Pico della Mirandola 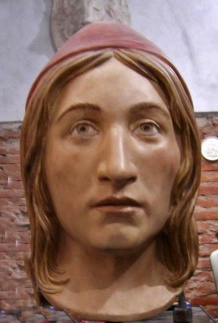 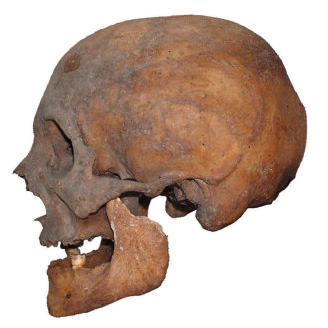 The brilliant and audacious Humanist philosopher Pico della Mirandola died under mysterious circumstances at the age of 31.

His life had been exceptional. A child prodigy who had left home at fourteen to study church law, Pico turned to philosophy after the death of his mother in 1480. In addition to the traditional languages expected of any scholar of the Renaissance, Latin and Greek, he studied Hebrew, Arabic, and Aramaic. In 1485, he traveled to Paris, where he began composing his 900 Theses—a work composed of that number of philosophical and theological arguments, which he intended to present to the world and defend in public debate across Europe with the intellectual establishment of the time.

In Florence he befriended the scholar and poet Angelo Poliziano, as well as the Dominican monk Girolamo Savonarola, who would later become notorious for disobeying the pope and presiding over the Bonfire of the Vanities in 1497, at which his supporters publicly burned thousands of luxury items, including works of art by Botticelli and Michelangelo, furniture, mirrors, and pagan books—to protest not only the decadence of the rich and powerful but the Renaissance project of seeking new knowledge. (He would be hanged and burned by the Church in 1498.) Pico also met the great neoplatonist  Marsilio Ficino and Lorenzo de’ Medici, who ruled the Florentine Republic and supported many of the great artists and scholars of the day; Lorenzo took a liking to Pico, supported his work and provided protection when the Church took issue with his challenging philosophy.

His personal life was no less dramatic. He, perhaps unwisely, pursued an affair with the wife of one of Lorenzo’s cousins, attempting to run off with her; only Lorenzo’s intervention saved him.

He began to delve into mystical works: Chaldean philosophy, the Kabbalah, and the works of Hermes Trismegistus, developing an eclectic syncretism that attempted to harmonically fuse the ideas in these texts with the Christian Bible, Church teaching, Plato, Aristotle, and Islamic thinkers such as Averroes and Avicenna.

In 1486, he published his 900 Theses along with the “Oration on the Dignity of Man” as a kind of preface; he offered to pay the expenses of anyone who would come to Rome to debate him in public. The “Oration” is one of the great works of Renaissance Humanism, vaunting humanity as capable of great and wondrous achievements, defending the liberal arts, and claiming the mystical and almost infinite potential of every human being:

Who then will not look with wonder upon man, upon man who, not without reason in the sacred Mosaic and Christian writings, is designated sometimes by the term “all flesh” and sometimes by the term “every creature,” because he molds, fashions and transforms himself into the likeness of all flesh and assumes the characteristic power of every form of life? This is why Evantes the Persian in his exposition of the Chaldean theology, writes that man has no inborn and proper semblance, but many which are extraneous and adventitious: whence the Chaldean saying: “Enosh hu shinnujim vekammah tebhaoth haj” — “man is a living creature of varied, multiform and ever-changing nature.”

Pico’s ambitions came to a halt in February of 1487, when Pope Innocent VIII denounced his proposed debates and identified the 900 Theses as potentially heretical; indeed, the church ultimately found the work to be “in part heretical, in part the flower of heresy; several are scandalous and offensive to pious ears; most do nothing but reproduce the errors of pagan philosophers…others are capable of inflaming the impertinence of the Jews; a number of them, finally, under the pretext of ‘natural philosophy,’ favor arts that are enemies to the Catholic faith and to the human race.”

Pico fled to France but was arrested and imprisoned by Philip II, Duke of Savoy, at the Pope’s demand. Once again, Lorenzo de’ Medici’s intervention saved Pico and he was released by King Charles VIII and allowed by the Pope to move to Florence to live under Lorenzo’s protection—although he was never cleared of the verdict of heresy. He continued to study and write.

After Lorenzo’s death in 1492, Florence descended into political instability, allowing Savonarola’s influence to rise. He stood violently against everything Pico believed in—indeed, everything the Renaissance had promoted—yet eventually Pico fell under his spell, renouncing his ideas, destroying his own poetry, and giving away his fortune.

He and Poliziano died suddenly In 1494. Poisoning had always been suspected—and it was confirmed in 2008 when the two bodies were exhumed and forensic tests determined that both had died from arsenic, likely at the command of Lorenzo’s successor, Piero de’ Medici.