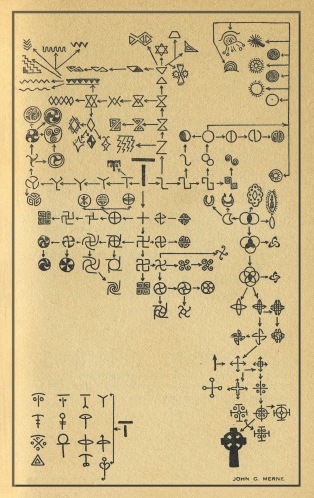 This chart shows the relationship between the various symbols found in primitive art throughout the world. By carefully following along the directional lines drawn between the symbols, one can easily trace the gradual growth of each from the one preceding it, and at the same time determine the common origin from a vertical and horizontal line, which are shown in heavy black in the centre of the chart.